18 injured when car rams through wall of Fort Myers church

FORT MYERS, FL –
An Easter Sunday service at a Fort Myers church was violently interrupted when a driver slammed their car into the building, injuring 18 – including some who were trapped under the vehicle.

It happened just before 8 p.m. at Second Haitian Baptist Church on Central Avenue.

As of Monday evening, 11 of the injured had been treated and released. Those still in the hospital were listed in either fair or good condition.

Police say the driver, 31-year-old Marie Masson of Fort Myers, told them she drove her Lexus into the parking lot and the brakes failed. The car then plowed into the building, which was holding 200 people at the time. 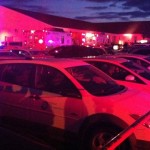 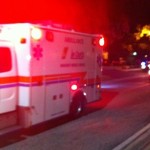 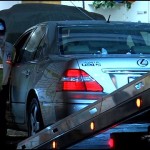 Pastor Desmours Leontes was feet away when the car plowed through the front of his church before a concert.

“I opened the door and tried to help the people pull the car off the people. They say go outside so I went and sat on a curb,” Masson said.

Thirteen-year-old Kimberly Cherilus was injured when the car hit the pew she was in. She snapped some photos before the incident, and said the service is one she usually looks forward to.

“We usually do an Easter concert for the choir,” the teen said.

She suffered a broken nose when she says either the pew, or something off the car, hit her in the face – but she was able to walk away.

“People were screaming, people were going crazy. We thought it was the end of the world. For a second, I thought I was dying,” the Cypress Lake seventh grader said.

In the chaos, her older brother couldn’t find her.

“I was just trying to find my mom and my little sister. It was pretty scary,” Kevin Antoine said.

Cherilus’ grandmother was pinned underneath the car. She suffered a number of injuries, but is expected to make a full recovery.

Witnesses used jacks and brute force to lift the vehicle off the victims, police said.

Three children were among the injured, including Masson’s child, who was in the car with her.

“I’ve got a shirt, it has so much blood from so many people I tried to help,” the pastor said.

The victims were taken to three different area hospitals.

Cherilus’ family knows the night could have played out much differently. And while it’s not the Easter they had hoped for, it’s probably the most meaningful – because they say they all learned just how precious life really is.

“That’s what I would call it, an ‘Easter miracle,’ because no one died. Everyone was ok. God was watching over them the entire time,” said family friend Jonathan Danger.

The teen says that while she won’t stop going to church, she may think twice about where she sits.

Meanwhile, Masson spent Monday apologizing to church members and asking that they pray for the victims.

Police are still investigating the incident.

Click here to view more videos and stories that have made National headlines.

Put the Brakes on Runaway-Vehicle Defenses